A downloadable game for Windows

Every 60 frames the heartbeat meter in the center of the screen ticks, this is the only time when one player can attack another. You must also take into account of startup frames of attacking/swapping hands to help get a better feel for the timing.

Certain hands deal more damage than others, however if you attack with a losing hand, you will take Counter Hit damage, which doubles the damage dealt to you.

If two players attack at the same time with the same hand a Clash will occur and cause the heartbeat meter to skip a beat, instantly recovering both players to attack much sooner than normal. Both players also gain a lot of meter upon a clash.

Attacking at any other time other than a heartbeat will result in whiffing, this will still result in meter gain.

The meter bar on the bottom of the screen will glow yellow when it is full, it can be a powerful option, but you are still capable of whiffing if you miss a beat when using it. There are plans for other uses for meter later.

If you choose to not attack during a heartbeat, then your character will automatically block. The block can be broken by a winning hand, but against anything else, damage will be minimized. Blocking an attack builds more meter than getting hurt, but less meter than landing an attack.

There are still a lot of missing assets in this demo, including backgrounds, music, sound effects and textures. 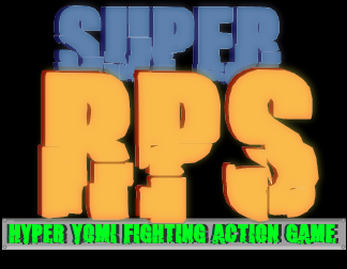